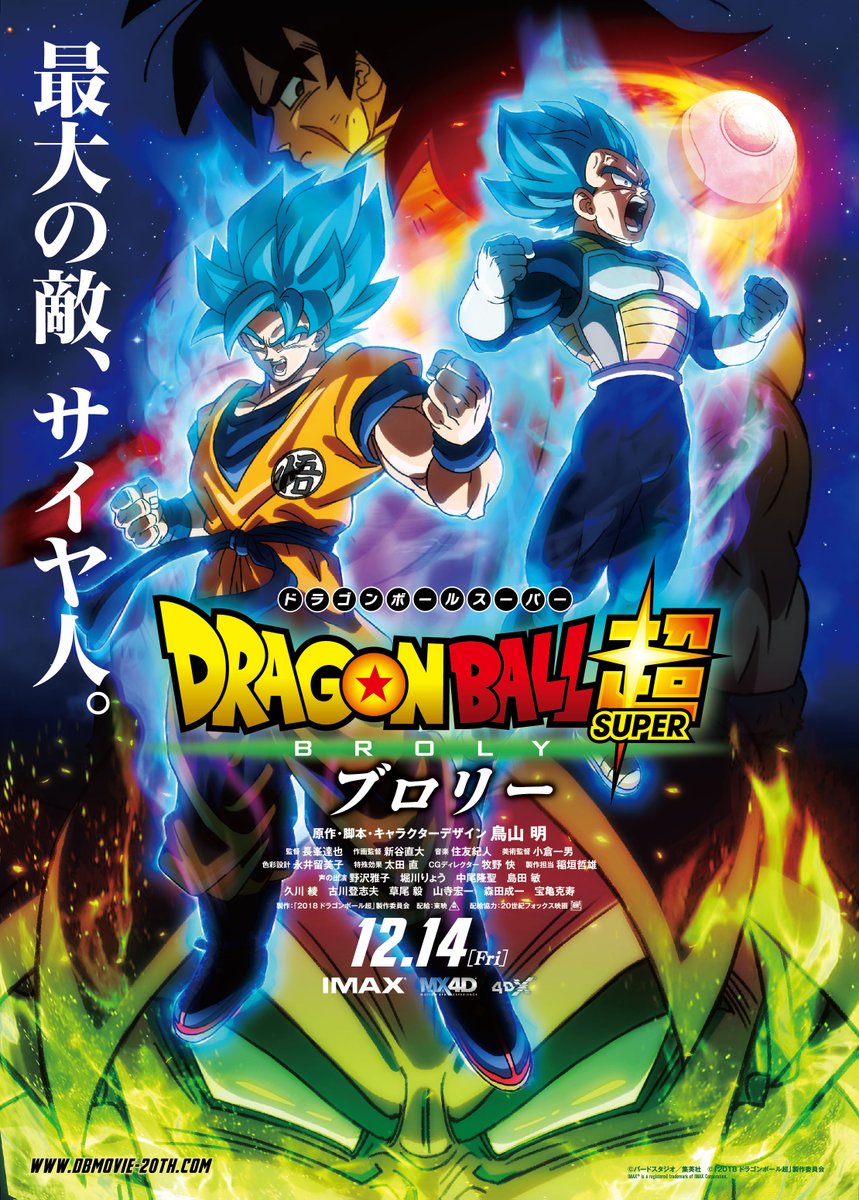 Breaking News! The New dragon ball super movie being released in December 14th 2018 has now an official title! The same movie that is 100% Written/Directed by Akira Toriyama and published under the Toei Animation Company! the new movie is going to be fantastic for the fans of the most iconic dragon ball movie villian tp exist as he has the most known movies with the 4th one in 2017 making this Broly 5th appearance in the cinematic franchise since "God Broly"! and not his 5th Movie will surely show us just how Creative Akira is over just a character he designed! get ready for Broly in Dec 14,2018!

The movie has Akira Toriyama himself writing, designing, and directing the film itself! something that never really happened in movies with Akira Toriyama and even Akira himself commented!

A Interview with Akira Toriyama about Broly 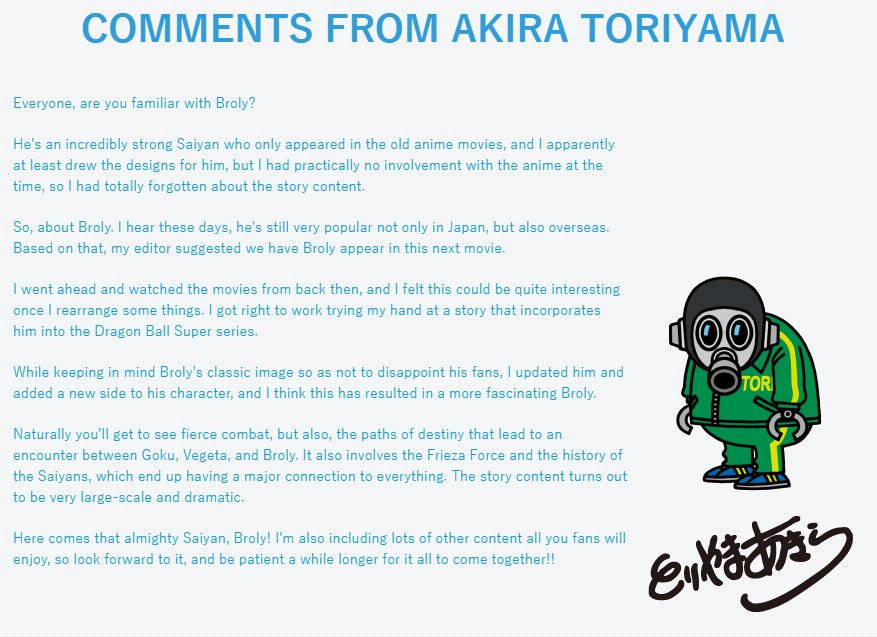 What does this mean? Broly is now Canon and is being entirely rebooted from design to his character! Welcome, The Legendary Super Saiyan Broly to the new continuity!