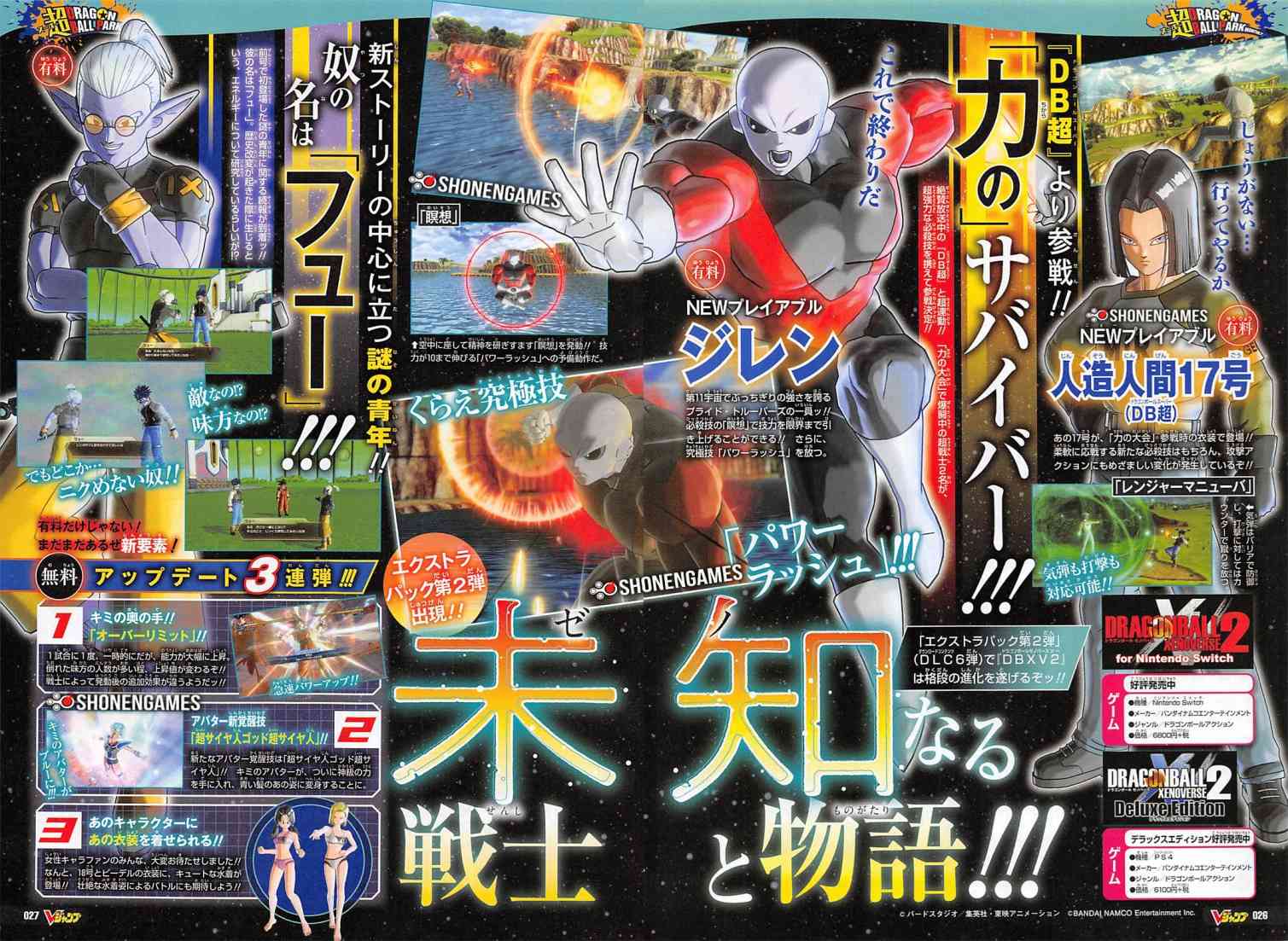 The new DLC for Xenoverse 2 will be released in Feb 2018! PS4, Nintendo Switch, PC, and Xbox One will all receive this update! the price is currently unknown but will likely be around $10 (10 Dollars)! a free update will also be installed on a new battle system!

Fu: His name for a mysterious young man who appeared for the first time in the previous issue is "Fu" "I'd like to have a history change, Energy-Research."

Jiren Entry: In the 11th Universe Pride troopers boasts the strength of the swinging fist! Jiren can withdraw the skill of "Meltdown" with "R2" of special move skill and furthermore, new Ultimate quests!

Android 17: That No.17 appeared in the costume at the time of entry, New deathblow that fights flexibly, not to mention noteworthy, noticeable change also occurred in attack action You are "Ranger Maneuver"

1. "Over Limit" once a game, temporarily but the ability has risen sharply as the number of ally members falls, the LR value will change! Warrior added additional effects it seems to be different!

3. To that character! I can put on that costume! Every female character fans have kept you waiting very much! A cute swimsuit appeared on 18 and Videl's costumes!

Note: Due to the quality of the picture, some words will seem off! SO BE CAUTIOUS when reading!